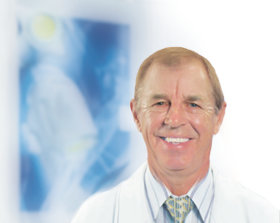 HOW BIOPTRON CAN RELIEVE ARTHRITIC, MUSCLE AND JOINT PAIN, REDUCE INFLAMATION AND STIFFNESS

AS long as mankind has existed it has confronted pain. Wars, disease, injuries – these are different variants of the epidemic of pain that has not yet been defeated. Although pharmacological protection gives short-term results, the body pays for it through the numerous side effects associated with the overuse of drugs.
The search for non-invasive analgesia has demonstrated that the most promising way to induce it is through the use of low-intensity polarized light. But this raises the question of how we can prove the effect it has on pain. After all, it is impossible to make an objective quantification of the pain perceived by a person due to the distorting influence of psychogenic factors. But the common physiological mechanisms of pain in humans and mammals step into the breach. It is generally recognised that reliable proof can only be obtained through experiments on laboratory animals. In order to achieve this, various lines of research have been carried out at Bogomoletz Institute of Physiology, NAS of Ukraine.
Most diseases or injuries are accompanied by various combinations of tonic, acute and visceral pain. Therefore, each type of pain has been modelled individually and the contributions of applications of BIOPTRON-light to the development of analgesia have been defined. One polychromatic and seven monochromatic ranges of polarized light (filters of the COLOUR THERAPY set) were used. Tonic pain was induced by the injection of formalin in a limb, acute pain was induced by electrical stimulation of the feet, while visceral pain was induced by chemical irritation of the peritoneum or intestinal mucosa. Painful and non-painful behavioural responses were defined in response to light applications on the locus of pain or on acupuncture points.
The experiments have shown that in the case of tonic pain, the application of BIOPTRON-light to the analgesic E-36 acupuncture point significantly suppressed the behavioural response to pain. The degree of analgesia depended on the exposure and the choice of location. The pain threshold for the electrical stimulation of the skin of the foot (acute pain) increased. Attenuation of visceral pain (up to 46.8%) was noted when analgesic acupuncture points were exposed. The analgesic efficacy of the component colours of light was different. In all cases, tonic pain was significantly weaker than with a placebo. Red light was found to be the most effective: following exposure of the E-36 acupuncture point, analgesia was 54.4%, and after its application to the locus of pain, it was 64.1% in relation to the control value. White light remained second in terms of the analgesic response induced (50%).
It was found that exposure to BIOPTRON-light through the analgesic acupuncture points reinforces the analgesic effect of low doses of non-opioid (Analgin) and narcotic (Tramal), analgesics (for tonic and acute pain). The preliminary exposure of an acupuncture point to light has also proved effective.

The opioidergic analgesic system of the brain has been found to be involved in the analgesic effects that follow exposure to light. This was demonstrated by the fact that pre-injection of the opiate receptor blocker (Naloxone) weakened the analgesic effect of the BIOPTRON-light.
Experimental proof of the fact that polarized light influences an acupuncture point is thus of practical value. This opens the way for the non-invasive use of the BIOPTRON-light both for analgesic, anti-stress and prophylactic purposes and for specific physiotherapeutic tasks. One of the key mechanisms for the beneficial effects is the use of functional transport routes for electromagnetic energy along connective tissue. As a result, the energy deficit in pathological areas is eliminated and the brain opioidergic system is activated.
Treatment regimens designed for pain relief are based on these principles. Poly- and monochromatic polarized light can act on the acupuncture points, extra-nerve paths for electromagnetic signal transmission, and the focus of the pain. It is advisable to use the pathogenic principle for selecting the locations of exposure based on defining the primary and secondary areas taking into account the individual approach. It is rational to use those points that not only have analgesic effects, but also modulate the immune system and have anti-inflammatory action.
Since almost every disease is accompanied by a pain syndrome, the list of direct indications could be limitless. Based on the potential of the BIOPTRON-light to influence tonic, acute and visceral pain, the repertoire of the physician is now significantly expanded.